David Fravor, was Commander, Strike Force Squadron 41, stationed aboard the USS Nimitz, aircraft carrier, when it was conducting exercises off the coast of Mexico, in November 2004. He was one of two fighter aircraft pilots, together with two weapon system officers, who observed an object which has become known as the "tic tac." 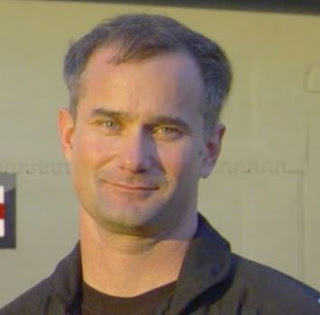 A new interview with him. being interviewed by a colleague who was also aboard the USS Nimitz at that time, has just been released as a podcast.  Although I have heard several interviews with Fravor, this is the one which contains the best technical details behind the event, as the interviewer was also on the ship at the time.

The following points are pieces of information from the podcast. I'm sure that someone will provide us all with a transcript of the whole interview, but there are some interesting new pieces of data.

* Fravor and his aircrew never signed any non disclosure agreements.

* One day late last year he received a phone call from the other pilot who flew with him that day of 14 November 2004. This other pilot, asked Fravor if he had talked about the tic tac incident lately? The other pilot said that they had been interviewed by the Pentagon about five times of late. Fravor told the other pilot to give the Pentagon people his name and they should give him a call.

Note: To read a detailed statement by the second pilot, published by the To The Stars Academy, click here.

* Fravor then spoke to Luis Elizondo, after Elizondo left the Pentagon. Elizondo asked Fravor to be involved with a piece that the New York Times were researching. Initially Fravor said n, then agreed. Fravor met with Leslie Keane and Helene Cooper and told them his story.

* Then the New York Times article came out, 16 December 2017 electronically, followed the next day by the print version. He received calls from numerous media outlets.

* Fravor stated that he had both the radar tape and the FLIR video copied and put in a safe for safe keeping. However, later when the exercises had finished, somehow both copies went missing.

* Fravor then mentioned that when he was briefing the second flight crew that day, one of the other pilots said that they would see if they could video the tic tac. This was the pilot who took the FLIR video which has been circulating since 16 December 2017. Fravor openly stated that this pilot's name was Chad "nuts" Underwood.

* Fravor mentioned that in 2008 the guy who had been his WSO on the 14 November 2004 tic tac flight, had contacted him to tell him that the FLIR video was on a website. Fravor said that the FLIR video then appeared on Youtube but this version had since disappeared from there.

Around the same time, in 2008, "Cheeks  had called me at the same time and said hey we are doing some stuff and we have a client that likes to investigate stuff like this, can we do it? I said, yeh, yeh, yeh. I had another friend that I had talked to because of the phone call that was prompted by Cheeks. I was talking to her, and..,said is there anything you can find out?...About  a month later, got a call from a guy said hey we are going to investigate this thing. So they actually did. There's a report that just got released, that Harry Reid released, the former Senator from Nevada, that was actually, I like to call it the unofficial, official report - wasn't an official report just done to capture some of this...actually pretty well done, there are a few inaccuracies in it...it was five years after the event."

* The pilot who took the FLIR video, Chad "nuts" Underwood deliberately went through all the FLIR modes; both TV and infra-red when he took the video. Fravor stated that he saw the high definition version of the FLIR video, shortly after it was taken.

* Asked by the interviewer, "what did you see that day?" Fravor stated he didn't know. But that we have nothing that reacts that quickly in terms of maneuvers.

* Fravor then mentioned a 2015, off the East Coast of the US incident. Fravor stated that there were NOTAMS issued that there were objects out there at that time. "One of the airplanes in the squadron almost hit one. Went 100 feet down the side. They were in section and it went down the side, and they came back and said it looks like a ball with a cube inside of it, like a square that has an aura round it..."

Note: The last details are completely new to me. I have never heard of the near miss incident before.

A fascinating detailed interview which has added a few more pieces to the tic tac puzzle.

An interview with Chad Underwood, the US Navy pilot who took the Tic Tac FLIR1 video appeared in the New York magazine dated 19 December 2019.