The 2 April 1966, Balwyn, Melbourne, photograph and visual observation, continues to generate interest among some UAP researchers. As long term readers of this blog will be aware, Melbourne researcher Paul Dean and I, have published two lengthy reports on this sighting and photograph (click here and here to read them.)


During the preparation of these two reports, Paul and I engaged in dialogue with a number of overseas researchers, who both assisted us with locating hard to get articles about the incident, and gave their viewpoints on the Balwyn image.


One of these individuals was Canadian Francois Beaulieu. Francois has had a long term interest in the study of UAP, and also photography, including Polaroid images. This made him an ideal person to take another look at the Balwyn image, especially as the Balwyn photographer, Jim Kibel, advised that he had located the original Polaroid picture (missing for some time) and made a new scan available for study.

To this end, Francois has prepared a report on aspects of the Balwyn image, and I have arranged with John Stepkowski, webmaster for the Project 1947 website, to host Francois' article. Thank you John.


What is in Francois' article?

Francois was using Polaroid cameras in the mid 1960's, shortly after the Balwyn incident came to light. He tried to recreate test shots of some of the photographic UFO cases of that era. This led him to acquire an in depth knowledge of Polaroid images. 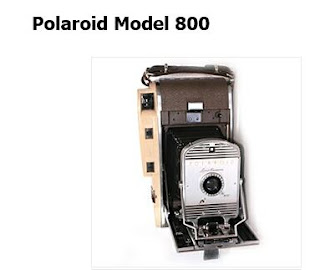 In  the article, Francois examines the controversy of an apparent zigzag line or discontinuity in the photograph; the apparent reflection of a house on the 'UAP' in the picture; looks at claims that the photograph is a photo montage; and finally asks the photographer, Jim Kibel,  to allow a higher resolution scan to be made of the original Polaroid photograph. To read this intriguing article click here.

A recent find on the Magonia Exchange Yahoo groups forum was an Australian sighting from 1929.

Witness Ken Dyer, was cited in the March 2002, Australian UFO Bulletin, and provided the following details.

The sighting occurred in the small locality of Mathoura, in New South Wales. A number of school pupils were playing tennis after school, when two of them saw something unusual. A silver coloured; bullet or cigar shaped object, travelling very fast; came out of a white cloud, went across a patch of blue sky and entered another cloud. There was no associated sound.

Researcher Drew Williamson on the Exchange, suggested the possibility that the object was a plane. He located a 1929 newspaper article indicating that Mathoura was on an aircraft route.