The National Archives of Australia keeps coming up with previously unknown UAP files!

I thought that we had, by now, located most of the Australian government UAP files, held by the National Archives of Australia. Readers may recall that I am awaiting the examination and release of a file I found a while ago, titled "DSTO Records on unidentified aerial phenomena."

The file is NAA file series J229, control symbol 5/13/AIR, barcode 21290309, with an interesting date range of 1956-1966. The file is held in the Brisbane office of the NAA and its current status is "Not yet examined." It's title is simply "Sighting of Unidentified Objects." It originated with RAAF No. 10 Squadron, based at Edinburgh, South Australia. Why it is held in Brisbane is a mystery to me.

I have already submitted an application to have the file examined and made available. When this has been done, I can then submit a request to have it digitised so that we all can read it.

A previously known UAP file from Edinburgh, was NAA file series A9755, control symbol 12. It originated from RAAF No. 92 Wing, HQ, Edinburgh, South Australia, with a date range of 1987-1992.

I have been conducting reviews of old cases, for several years. Click here for a listing of, and links to, my 'cold case' material, prior to 2013. One of the things I enjoy is taking a look at an older case, trying to locate the witnesses to re-interview; and trying to find original material which has been lost to the passage of time.

In many cases, I have been able to do either one or the other of these. In a few cases, I have achieved both objectives. Although hearing a 40 or 50 year old story from the original witness, has difficulties, such as our not near perfect memories; sometimes I have, in fact, been able to find some paper documentation which has escaped earlier researchers. Quite often though, I manage to find an old UFO newsletter, with some original data, which isn't available on the Internet. So, I have been able to add to the available information on a range of Australian cases.

Sometimes, this new evidence leads to a possible, mundane, explanation. Other times, the new data strengthens the unusual nature of the event and adds to the possibility of something truly strange.

Since 2013 I have not been undertaking so many 'cold case' reviews, mainly due to pressure of other things taking up my time. However, yesterday, I went through my blog posts looking for additions to my list of  'cold case' reviews, to add to my 2013 listing, and here they are.

South Australian sightings which might be explained as satellite re-entries.

The Coyle sightings/photographs of 1967, Victoria.

Happy reading.
By Keith Basterfield at August 13, 2016 No comments:

ASIO files on the Kibel family

Introduction
As part of my standard research methodology, in any 'cold case' review, I consult the website of the National Archives of Australia (NAA). On this website you can often find passenger arrivals lists; military service records; general correspondence files, or other such material. All of this information can assist you build up a picture of an individual who has reported a UAP sighting.
Australian Security Intelligence Organisation (ASIO)
Occasionally, I take this further and submit a request, through the NAA, to ASIO, seeking any ASIO files held on a particular individual.
Readers may recall that I recently reported details of the 2 April 1966 visual sighting, and photograph taken by James Johnson Kibel of Melbourne.
As at one point, Jim Kibel mentioned to Peter Norris, President of the Victorian UFO Research Society, that he (Kibel) had been visited by 'security people' I thought it worthwhile to seek any relevant ASIO files.
I therefore, sought access to any files held by ASIO on:
1. James Johnson Kibel.
2. Brian Johnson Kibel.
3. Mark Alexander Kibel.
4. Mary Turnbull Johnson Kibel.
I have now been granted access (with limitations) to three of the above ASIO files, with that of Mark Alexander Kibel being still 'not yet examined.'
What is on these files?
James Johnson Kibel - A6119 control symbol 6501 barcode 13749881 date range 1969-1991. 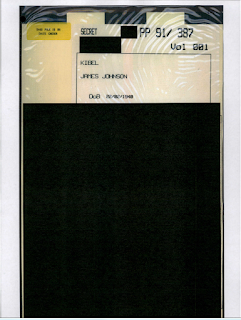 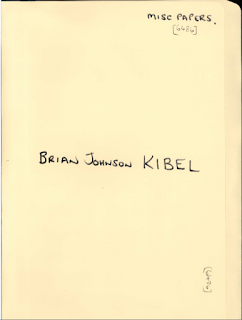 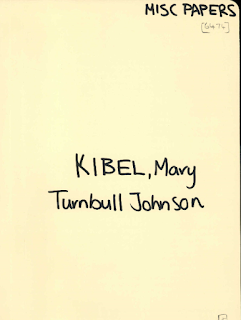 1. Kibel family company business.
2. A telephone intercept report from 1960.
In summary
The three files do not contain any information relative to UAP. ASIO's interest, shown in the available papers, indicate they were solely interested in the Kibels as Australian citizens who were conducting business in Eastern Europe and the People's Republic of China.
Additional files
Readers interested in Jim Kibel's involvement in Australia's early trade negotiations with the PRC, may like to take a look at the following file, which I recently had digitised.  NAA file series A1838, control symbol 3107/38/18/2/1 Part 1, titled 'People's Republic of China - View of policy - Kibel - 1970-1972 - Trade dialogue in Hong Kong.' Go to www.naa.gov.au and type the word 'Kibel' into their search engine.

I am still waiting for the NAA to advise that the ASIO file on Mark Alexander Kibel has been made available.
﻿
﻿
By Keith Basterfield at August 12, 2016 No comments: