The Advanced Aerospace Threat Identification Program (AATIP) has been in the news since late last year, when the existence of this US government program was revealed. Three short videos, said to have been investigated by the program, have been released by the To the Stars Academy.

In a blog post dated 27 April 2018, and titled "The AATIP, Targeting Pod Videos and the DOPSR Process," Swedish researcher Roger Glassel, provided information relating to his search for how the AATIP targeting videos were released.

Davis prepared a number of theoretical studies for the US Defense Intelligence Agency's Defence Warning Office. Glassel located two of these reports. Davis had previously reported on his AATIP work for the DIA, preparing similar, if not the same reports. 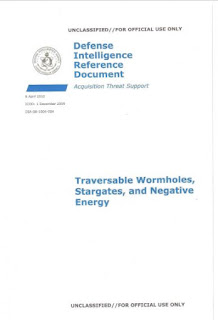 On page 2 of both reports there is the note: "This product is one of a series of advanced technology reports produced in FY 2009 Under the Defense Intelligence Agency Defense Warning Office's Advanced Aerospace Weapon Systems Application (AAWSA) program." Glassel argues that "AAWSA, if not the same, would seem to be closely related to AATIP."

"On 20 March 2018, I send (sic) a copy of two DIRD paper to Eric Davis (which I found on several websites by searching the publications he had listed  on his EarthTech.org page) and asked him to confirm that those papers were part of the series of 38 DIRDs. Those papers include a statement that they are reports under the Defense Intelligence Agency's Defense Warning office's "Advanced Aerospace Weapon System Applications" (sic)  (AAWSA) Program. (A few days later, Roger Glassel independently found these DIRDs by doing similar searches).

One aspect of Glassel's blog which interests me is the fact that the note goes on to say: "Comments or questions pertaining to this document should be addressed to James T Lacatski, D. Eng., AAWSA Program Manager, Defense Intelligence Agency, ATTN: CLAR/DWO-3, Bldg 6000, Washington DC 20340 - 5100." Remember this was back in April 2010.

What do we already know about the AATIP program manager before Elizondo?

1. During the "Coast to Coast" George Knapp interview with Luis Elizondo, dated 25 February 2018, Elizondo stated that in 2008 he talked to the AATIP program manger, who was a PhD and a rocket scientist.

2. During the January 2018 interview between Elizondo and Giuliano Marinkovic, Elizondo stated that in 2010, the last AATIP manager moved on, and he (Elizondo) became the AATIP program manager.

Who was James T Lacatski?

A search of the Internet reveals:

1. A James Lacatski, Intelligence Officer, Missile defense, Defense Intelligence Agency was one of the experts at a 2004 conference  on Ballistic Missile Defence. 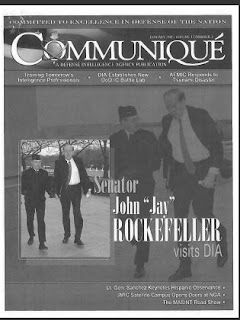 In the January 2005 edition of the DIA's magazine "Communique" James T Lacatski is shown as promoted to GG-14. 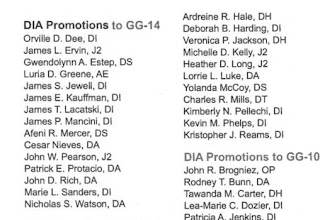 3. I found a report on a 2015 "Modern topics in energy and power technical meeting" held at the US Army Research Laboratory between 14-16 July 2015. One of the attendees was a James Lacatski, Department of Defence, with a DIA email address given. Interestingly, one of the organisers was one Dr Eric Davis.

Back to Isaac Koi:

"In relation to a question about an individual named in those papers (Jim Lacatski), Dr Eric Davis stated in the same email that Dr Lacatski was the "program manager at the DWO-4 for the AATIP contract with Bigelow Aerospace Advanced  Space Studies. AAWSA is the specific program task force or division within DW0-4 that Jim specifically worked in."

Also, on 30 April 2018, Melbourne researcher Paul Dean published a blog post about the AAWSA, revealing what he knows about this. It is well worth a read.

The questions to be asked, are, was James T Lacatski the first AAWSA/AATIP program manager? Did Luis Elizondo take over from him?

I searched the Linked In website for a James T Lacatski, but no-one by this name was located. I searched Face Book for James T Lacatski; found one James Lacatski and have sent a message to that individual. I also located a DIA email address for Lacatski and sent an email off to this address. Unfortunately, it bounced back, not known at this address.

If any blog readers have further information on the subject of this blog post I would appreciate hearing from them.
By Keith Basterfield at May 01, 2018

Email ThisBlogThis!Share to TwitterShare to FacebookShare to Pinterest
Labels: AATIP