In this post, I wish to go into more detail about what former BAASS employees, Chris J Marx, and Chris Bartel hypothesize may have occurred at the ranch. I do this in order to promote further discussion and debate on this topic, based on statements which have been publicly made by Marx and Bartel, and not second or third hand hearsay.

Ever since the NYT broke the story in December 2017, of a $22M "secret" US Department of Defense study named Advanced Aerospace Threat Identification Program (AATIP,) there have been claims that some of the money was spent in studying Skinwalker ranch.

For example, documentary film maker Jeremy Corbell, who produced a recent documentary on the ranch, appeared on the Internet radio show "Phenomenon Radio" hosted by Linda Moulton Howe and John Burroughs. In the episode aired 27 September 2018, in part, Corbell stated:

"The New York Times absolutely got in wrong with their announcement in December of 2017. It may be not their fault, but I want to clarify that, the primary reason for the $22M allocated to what we have been told was to AATIP, which is not correct...The $22M was allocated because of, and primarily for, the study of Skinwalker ranch by the Defense Intelligence Agency under the Defense Warning Office in the name of AAWSAP."


How do we know that the DIA was even interested in Skinwalker ranch?

"In 2007, Mr Reid said in the interview, Mr Bigelow told him that an official with the Defense Intelligence Agency had approached him wanting to visit Mr Bigelow's ranch in Utah, where he conducted research."

2. The New York Magazine, on 19 March 2018, cited Senator Harry Reid as being approached by Robert Bigelow, saying that he had received a letter from a federal national security agency employee who wanted to visit Bigelow's Utah ranch."

3. Chris J Marx, in an interview (Episode 46) on the Black Vault Internet radio show, stated that while at the ranch, he was aware that the studies there were sponsored by the US government, and that one copy of the daily ranch report went to the Pentagon. It was only in late 2019 that Marx became aware of the DIA's Advanced Aerospace Weapon System Applications Program (AAWSAP,) and that therefore the ranch sponsor was the DIA.

4. During a late 2019 conversation with another former BAASS employee - a physicist- Marx states that the physicist was aware that a senior DIA employee, one Jame Lacatski "...was observed to be actually on the ranch." This was believed to be sometime in 2007/2008.

5. The 2008 DIA AAWSAP solicitation paperwork, located by this author on the Internet, shows that the DIA AAWSAP manager was one James T Lacatski.

In short, it can be demonstrated that at least one senior individual in the DIA was interested in the ranch.


Did BAASS study paranormal phenomena at the ranch?

According to Marx, the answer is both "yes" and "no." Yes, one of the stated intentions of BAASS employees working at the ranch was to study and document unusual experiences. However, the equipment supplied by BAASS to security guards at the ranch was sparse, not sophisticated.

If extensive money was being spent from the $22M budget at the ranch, to study the phenomenon, one might expect it to show up in one way, as the use of high-technology equipment. 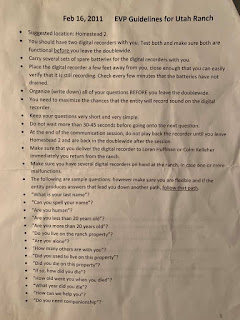 Both Marx and Bartel say that the opposite was true, at least during the period 2010-2012, which is part of the time they were at the ranch. The AAWSAP contract ran from 2008-2012. Their investigatory equipment consisted of basic thermal imagery equipment, standard night-vision equipment; and cheap still cameras. In addition, Marx states that there were no working surveillance cameras on the property during the period 2010-2012.

In short, BAASS certainly did investigate paranormal phenomenon at the ranch to a degree; but not to the extent you would expect if large amounts of money were available.


What were the stated duties of the guards at the ranch?

The job description given by BAASS, according to both Marx and Bartel, was that they were hired to keep trespassers off the property; and research and document the phenomenon which occurred there. Some of the scientists employed by BAASS gave them tasks from time to time, which related to paranormal investigations.


What do Marx and Bartel hypothesize was actually going on at the ranch?

Based on the lack of sophisticated technology to conduct paranormal studies of the phenomenon; the lack of BAASS scientists visiting and staying at the ranch; the reason given by BAASS for their 2011 MRI brain scans, namely "It's to see if there was something in our brain which allowed us to have an experience ." (Bartel); the two former BAASS employees wonder if there was another purpose for their presence on the ranch?

To quote Marx; "I wondered if we were the hamsters, or the guys in the white coats." Later, in the same interview he said "We want to know if we were medically impacted by this..." and "I would like to know if I am coming down with MS or cancer five years from now."

Marx, has expressed a view that, perhaps part of the AAWSAP contract, included a study of any effects that might have happened, to security guards, such as himself? A kind of non-lethal weapons testing?

Both Marx and Bartel spoke publicly of the frequent experience of "the sense of being watched" when there was no-one else around; by someone or something. Bartel mentioned of hearing footsteps from some disembodied source. Both men related experiences involving seeing things that seemed to vanish in front of them. Of extremely bright lights, where you could see your bones of the hands, even through closed eyes. These lights went off leaving no clues as to their origin. Marx says experiences such as these led him to consider "cloaking" and "camouflage" experiments might have been conducted by someone or something.


Dr.  Kit Green and his study

While the following is not directly attributed to the study of security guards at Skinwalker ranch, it does appear relevant to this article to me.

In interviews with authors Annie Jacobsen (2018) and M. J. Banias (2019), Dr Christopher (Kit) Green has outlined some details of his studies of the medical effects on humans due to a close encounter with the phenomenon. Of interest here is a quote form page 398 of Jacobsen's book:

His original hypothesis was that a majority of his patients had "been exposed to technology from black programs,' he says, that is, advanced state-of-the-art, high-energy technologies developed in Special Access Programs. "Nonlethal weapons program. Holograms. Cloaking devices. Drones.Twenty-five percent of my patients die within five to seven years of my diagnosis and I have no idea of how any programs I knew about years ago can do these things," Green says.

I posed a number of questions, by email, to Dr. Green, who was kind enough to respond. He has given his permission for me to quote his responses in this article. My questions were:

Q1 Given the information contained in this article, have you any comment on the Marx/Bartel hypothesis that the underlying reason for the BAASS studies at the ranch, included a study of medical effects on security guards by the phenomenon? If so, what is your comment?

Q2 Have you any comment on the Marx/Bartel hypothesis that they were perhaps exposed to some kind of non-lethal weapons testing? If so, what is your comment?

Q3 Have you any comment on anything else contained in the article?

"Your article and comments by Mr. Marx and Mr Bartel are really a very nice summary. I have no additional comments because I have no important disagreements with what you and they had said.

The reference to the fatality rate does not include any persons from the Ranch...but is a different and primarily military population. That earlier group has been discussed somewhat in books as you mentioned, and I have no further insight.

I am attempting to write a clinical case study of several of the more interesting cases, that touch on the issues of "non-lethal" weapons. I am baffled. I am certain that no injuries I have encountered in referred cases...or others for that matter, require paranormal or "off world" technologies to have caused harm.

This conclusion I have reached slowly, over the past 10 years, but it is data driven. Many of my colleagues I respect disagree. No physicians disagree. That is sadly a defeat for me. A forensic physician must seek to discern 'perpetrators' and criminal motive as well as unknown morbidity and mortality and etiology of illness and injury. I have no clue as to perpetrators and motives. But I don't require magic and aliens to characterize the injuries and pathologies."
By Keith Basterfield at January 31, 2020

The Scientific Coalition for UAP Studies presentation In an August 2019 presentation to the SCU,  U.S. researcher Rich Hoffman mentioned tha... 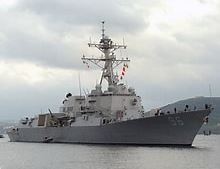