In a previous post, I discussed some brief observations on an individual named Richard D'Amato, who was the counsel for International and National Security of the US Senate's Appropriations Committee. 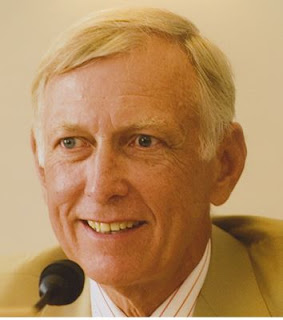 Now, thanks to Jacques Vallee's "Forbidden Science: Volume four" I have learnt more about D'Amato and his interest in the phenomenon. Below, I cite entries from Vallee's diary, and add a few comments of my own.

"Tonight, Whitley Strieber called. Pleased with our dinner in New York. He suggested that I meet with a senior Senate staffer, Richard D'Amato, convinced there was illegal Intelligence activity involving UFOs, but 'The spooks will circle the wagons as soon as they notice outside pressure...' D'Amato has been on the Senate staff for 16 years.

'This could be dangerous,' Whitley told me. 'D'Amato will only speak to you on conditions of secrecy, he doesn't want anything to do with ufologists.'"

"'You must be Jacques Vallee. I'm Richard D'Amato.' The Counsel for International and National Security of the Senate Appropriations Committee is a solid man in his early 40's, at ease in the magnificent setting of hand-painted ceilings, soft red carpets strewn with gold stars, and Presidential portraits...D'Amato, who has read Confrontations, told me he was upset at the Intelligence community: 'These guys have been hiding their UFO data from the legislative branch for years: they behave as if they ran the country. They only come before us to get the appropriations for their secret projects like their latest discoid platforms, although they're not authorized to fool the American public, or to create hoaxes or UFO simulations using the taxpayer's money, as they do. I intend to find out what's going on.'

'Are you thinking of new congressional hearings?' I asked him.

'Not in the sense ufologists talk about Hearings as if they were a panacea. You can't setup such a process to find out the truth. In this town you must find out the truth first, and THEN you hold the Hearings'...I told him about Jim Irish, the closest I ever came to find a man who has been part of a large, secret UFO data-gathering operation."

1. 'These guys have been hiding their UFO data from the legislative branch for years...' I would like to have seen the evidence upon which D'Amato based this statement. Vallee certainly doesn't provide any such evidence from D'Amato.

2. The statement: "You can't setup such a process to find out the truth. In this town you must find out the truth first, and THEN you hold the Hearings" is certainly an interesting perspective. Particularly, given that, in 2019, UAP researchers are looking forward to a Congressional Committee or sub-committee holding hearings on such topics, as the 2004 Nimitz encounters.

"Flying back from Washington where I just met for three hours with Richard D'Amato at the Senate Appropriations Committee. When I told him about Kit's investigations he agreed the three of us should get together before he did anything about Doty. Since our last discussion he's met with Timothy Good, George Knapp, and Bob Lazar. He also mentioned Heineman, former CIA officer and now an independent consultant who may have access to UFO data. 'What that stealthy group is doing is a felony,' he pointed out. 'For a government employee to knowingly disseminate false information to the public is an offense that should send him to jail. The Government can't spend appropriated money on projects that Congress doesn't know about: it's an even greater offense, if they spend private money to do it.'

'That raises the question, would the President be told the truth?'

'Worse, it raises the question of who is running the country. If the men who sit in this chamber cannot find out about a project, we are no longer in a democracy. Is a private contractor, a Batelle or a Lockheed deciding the fate of the nation? Whatever that secret project, it must be controlled by an incredible level of fear, because nobody dares talk about it. I find no leaks anywhere."

1. In my previous D'Amato post I mentioned what I found out about his dealings with Timothy Good.

2. "...he agreed the three of us should get together before he did anything about Doty." Does this refer to Richard Doty?

" Yesterday the weather in Washington was hot and humid when Kit dropped me off at the national Airport after four hours of intense conversation with D'Amato. I had introduced them to each other at the Madison, having reserved a quiet, private table at the back of the restaurant.

We ordered coffee, pancakes, toast and the discussion began.

'I know where I've heard your name,' said Kit. 'You were involved in the review of the SRI psychic work.' Richard explained that he was now funding the project himself, had actually written the research into legislation and was hoping to get it signed before July.

'Did you ever ask the psychics to look into the UFO problem?'

'Many times Pat Price assured us there were bases on earth. He produced a map with four locations; we checked them carefully. They were technical facilities. One of them, in the French Pyrenees, was a government project, but it didn't involve anything out of the ordinary...D'Amato went on, more eagerly: 'What about crashes? Have you looked into them?'

'I've been told to go and see various authorities that will get me initiated. I've visited two previous directors of the CIA, John McCone and William Colby and Professor Eric Walker...'What did Bill Colby say?' 'He gave me advice. He said, go back to the people who sent you and tell them you're worthy of their confidence. And if they still won't tell you what its all about, drop it!'

'Why do you think he said that?'

'He thinks I'm being used.' he told me, 'Not too many people come and talk to me, face to face. They want me to know they exist.'

'It works like a Brotherhood, then, what are the parameters?'

'Ah, that's an interesting question,' said Kit, perking up. 'I think they belong to a project, but it's a small project, not a big one.'

'Its a small project made out to look like a big one?'

'Yes. And its hidden in a contractor's basement somewhere, not in the government. And all the Brothers, come to think of it, are people in their seventies, older gentlemen.'...

'What is their initiation process?' I asked.

'Apparently you get invited to go into the desert, near Sandia, in New Mexico, and there you see your first UFO,' Kit answered...'I heard the MD in the Brotherhood passed away recently, I was supposed to succeed him,' Kit added. 'Somehow it didn't happen.'

'You must not have passed the test,' said D'Amato. 'How do you think the information works?'

'You'd better ask Jacques,' said Kit. 'He's the expert on that.' We spent the next half hour discussing control systems...

In summary, The secret project is illegal, it isn't within a Government agency. It is small, it generated high-level 'leaks' designed to infect the research community with false data, and the cover makes it look bigger than it really is: not bad for one meeting.

After our quiet lunch, D'Amato left in a hurry to get back to the Hill. Kit relaxed, ordered more coffee and told me 'I know where I've heard of him at the agency. He's got a good reputation but he's typical of all those senate staffers, who think they know everything. The world just doesn't work that way."

3. "And all the Brothers, come to think of it, are people in their seventies, older gentlemen.' If this statement is true, then almost certainly all this group have now passed away.

"Today my main meeting was with Richard D'Amato. He arrived on time, ebullient and dapper. He commented gleefully on on the media circus" 'This city thrives on chaos,' he added 'The abduction miniseries on TV has put people to sleep, but Senator Pell remains fascinated by UFOs.' There's a group within the American Federation of Scientists that investigates 'mystery planes' of the Belgian type.

Dick is convinced those are human and the project that makes them, illegal: 'No money was ever appropriated for it. Intelligence groups like AFOSI continue to cover, distort, destroy data, and generally make it impossible for Congress to find out what's going on.' I tell him could understand how a rogue group could keep the lid on data in the U.S., but what about other nations?"

1. Although I have conducted an Internet search, I can't find any reference to "...a group within the American Federation of Scientists that investigates 'mystery planes' of the Belgian type." Can any blog reader assist with anything on this?

2. Upon what evidence, D'Amato deduced that the Belgian triangles, were of human origin, and why he thought that they originated in the US, is not explained in Vallee's diaries.

"I am hoping that D'Amato, as a Senate staffer, can make the secret Batelle 'Pentacle Memorandum' available to the research community. The copy I have is stamped SECRET, so it can't be published in the absence of declassification. He told me he needed that copy, that it was historically important. I could mail it to him via 'any mechanical method that included a way to trace it.'

This way I can discharge my responsibilities as a loyal citizen, and leave it up to him to publish it, he has the proper clearance. If I sent the documents to the Executive Branch (the Air Force or the FBI) or reported it to SRI, the bureaucracy would make sure it never saw the light of day. Dick is going to Europe following a hearing in D.C.with Donald J Atwood, the DoD's number two man, who professed ignorance of anyone building flying triangles."

I cannot recall that D'Amato ever published, or promoted, the 'Pentacle Memorandum.'

"Tonight I found D'Amato's formal response on my fax machine. 'This is to acknowledge receipt of a document sent by you via Federal Express, dated January, 9, 1952, classified SECRET...The document has been placed in appropriate storage in the Senate.''

"Dick D'Amato has returned from Belgium, where he met with Colonel De Brouwer, a 'very interesting fellow.' Dick's conclusion again , is that the triangular objects are very plain human craft."

Talking about Ed May.

"After a 6-hour site visit, Dick D'Amato cut Ed's budget from $2 million a year, to $500,000, displeased with the DIA. The contract has now moved 'across the river' as Washingtonians say about the CIA...and D'Amato's job is hanging by a thread since Senator Byrd won't chair Defense Appropriations in the new Congress."

Declassified documents, such as this example, and this one,  mention D'Amato and remote viewing project funding.

"Hush hush meeting invite from TV producer Jacki Dunne. Dick D'Amato is supposed to be there."

Speaking of the NIDS Science Board.

"Dick D'Amato has been approached by John Alexander."

"D'Amato tells me that 26 boxes of remote viewing data have never been opened by the analysts, even though the CIA was supposed to 'Scientifically review the entire project,' before issuing its conclusions to Congress."