There are two Australian UFO cases, of which almost all researchers have heard. The first is the 1978 disappearance of Victorian pilot Frederick Valentich. The second, is the 1988 Knowles family encounter on the Nullarbor Plains of Western Australia, which is the subject of this post. 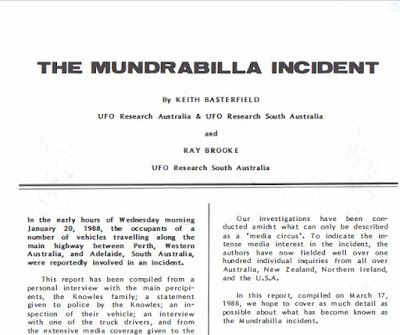 In the early morning hours of 20 January 1988, members of the Perth based Knowles family, were travelling by car from Perth to Melbourne, driving through the night over the isolated Nullarbor Plains near the Western Australia/South Australia border. They reported seeing an unusual light, near ground level, which they believed then attempted to lift their car off the ground, during an extended encounter. 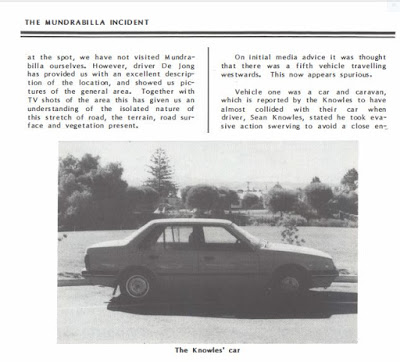 Their story made headlines around the world, and locally was investigated in depth by members of UFO Research of South Australia. Now, the story is to be told in a full length feature film. 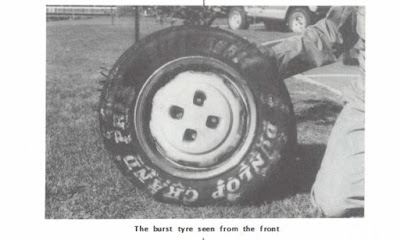 The International Movie Data base shows that a film titled simply, "The Nullarbor" is in pre-production. It is scheduled as a 90 minute, "action, drama, sci-fi." The plot given there is, "On a dark and lonely road an ordinary family encounter something extraordinary. This is their story."

The IMDb provides the following information regarding cast and crew.

Jane Badler plays "Helen Fields," Jane is an American actress who relocated to Australia and is best known for her role as the evil reptilian Visitor leader "Diana" In the NBC mini series "V.""

I am unaware of when production will commence.

While on the subject of UFO cases from Australia; what news on a possible full length movie film based on the 6 April 1966 Westall incident?

I am aware of at least three individuals, all Victorian based film makers, who have shown interest in this subject.

One such film maker, who coincidentally was born in 1966, who is also a film director and film producer, has long shown an interest in making a "Westall the movie." I understand that a script has been finalised.

The second individual, a Melbourne based film maker, is looking for their next project, after completing a series for pay television.

The third individual is Matt Poidevin, director for "The Nullarbor." A search of the IMDb found that Matt's "Westall" is "In development,"

Does any blog reader know of other Australian films being made, based on local UFO cases? If so, please share your knowledge with us by sending an email to keithbasterfield@yahoo.com.au

I decided to check the IMDB using the word "Valentich" and was surprised to find that a 14 minute short story titled "The Disappearance of Frederick Valentich was made in 2017 by director Luke Robson.
By Keith Basterfield at June 09, 2018