On 28 June 2012, I advised that I had located an Australian government file on the 21 October 1978 disappearance of pilot Frederick Valentich, over Bass Strait. During that flight, he reported seeing an unusual object in the sky. His disappearance and the associated UAP report, generated intense international interest. To read my original post please click here.

National Archives of Australia (NAA)  file series B1497, control symbol V116/783/1047 was titled "DSJ-Cape Otway to King Island 21 October 1978 - Aircraft missing (Valentich.)" I arranged for a digitised copy of this file to be placed in the public domain on the NAA website. It contained 315 pages of documents. 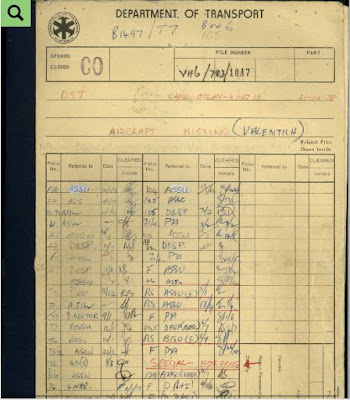 At around the same time, Melbourne researcher Andrew Arnold located a second file dealing with the disappearance. This was file series A4703, control symbol 1978/1205, titled "VH-DSJ - light aircraft overdue - King Island." It contained 292 pages of documents. We arranged for this file to also be digitised and placed on the NAA website for anyone to read. 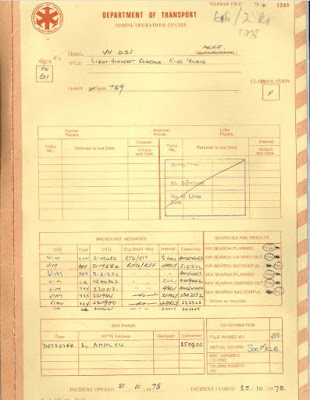 I recently discovered that the NAA holds two further files on the disappearance, which have never been seen by anyone outside of the Australian government, namely:

The status of both files is "Not Yet Examined." Immediately on finding them, I requested they be examined for release. This process can take up to six months. Once the files have a status of "Open," I will arrange for them to be digitised so anyone can read them. What they might contain is unknown at this time.