How to research the UFO phenomenon and stay sane

People have asked me how I have kept my interest alive across a 50 year time span of research?  I thought about this again recently and came up with a few ideas which I’d like to share with you. 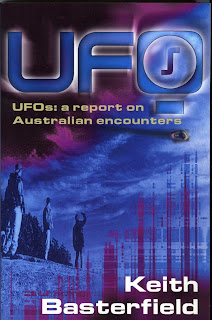 Have some guiding principles

One of my main guiding principles has been, to simply 'follow the facts.' If a UAP case turns out to have a mundane explanation, then I say so! I believe that UAP investigators should weed out as many identified cases as possible, leaving only good quality “unknowns” to work with.

I have found this consistency of approach to be invaluable. It can however, lead to differences  of opinion with other UFO researchers who have a non-negotiable belief system.

One example of this, occurred after I appeared on an ABC television program, which discussed various medical issues. I suggested on the show that some UAP abductions have their roots in terms of 'sleep paralysis.' A well known Victorian UFO researcher took me to task for daring to suggest an alternative explanation to the 'Grays.' I had, after all, only based my opinion on personal research, while his views arose from armchair research.

Another example, based on exhaustive research, was my suggestion that the 1988 Mundrabilla car encounter had an alternative non-extraterrestrial explanation. Some American researchers took a dim view of this suggestion, even though they had conducted no first hand investigations.

I have now undertaken over thirty cold case reviews of Australian events. Some of these reviews have suggested alternative, mundane explanations, while others have strengthened the possibility of a truly unknown phenomenon.

The range of research projects which I have conducted over the years has included:

All of these projects developed my knowledge in many areas; made me question various approaches and ended up with me publishing articles across the UAP literature for others to discuss and debate.

I read a lot of different books and magazines, and browse the internet frequently. My reading covers diverse topics such as astronomy, biology, physics, the paranormal, mathematics and biographies to name just a few. I find this keeps my mind active. When reading I always try and link the information I come across to UAP research.

For example, I once read a book about the search for weapons of mass destruction in Iraq. A portion of a single page mentioned UAP research within the intelligence area of the Australian Department of Defence. This ultimately lead to the release of a formerly secret intelligence file on UAP. This file may now be viewed on  the National Archives of Australia website. 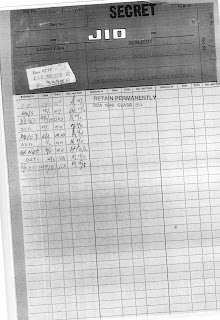 In my opinion you shouldn’t just study UAP. UAP appear to be part of a much broader area of investigation which we label as the 'paranormal.' In my opinion, much is to be learnt by researching these two topics as one. For example, the after-effects of some UAP close encounters include a range of effects labelled paranormal, such as poltergeist activity.

Also, scientific studies on the topic of out-of-body experiences are relevant to abductions. Science has now been able to create OBEs on demand, by stimulating the human brain. It also has, in the laboratory, successfully demonstrated that one’s sense of self can be transferred to a point outside the body. For various research articles see my blog which I maintained on these topics between 2009 and 2014.

I’ve taken a number of breaks from researching UAP. I think the longest was for four years. Breaks, particularly long ones, enabled me to escape the day to day routine of UAP investigations. This gave me time to reflect. It was during such breaks that I developed insights into how the fantasy-prone personality, and hypnagogic imagery may relate to UAP.

Like Kylie Minogue, Madonna and Lady Gaga, reinvent yourself from time to time

At various stages over 50 years of my interest, I have been: 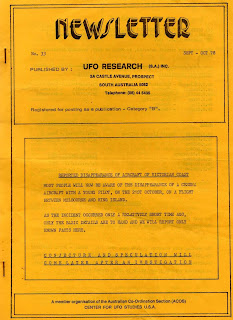 Each of these roles brought me into contact with a range of different individuals, and taught me new skills.

I find no value in coming up with some valuable insights and then not telling anyone about them
I would urge you all to run your own website; make documentaries; publish your own blog, or write for UAP magazines. 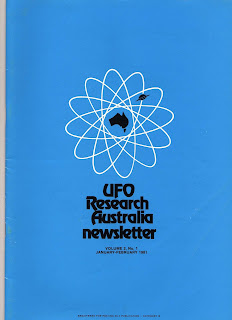 Publishing opens up your work to peer review, which ensures debate and discussion. Speaking of publishing your work, if you’d like to see what I have published over the years,  then Google 'Keith Basterfield UFO.'

Don’t be afraid to respectfully disagree with other researchers, whoever they might be

David Jacobs is a US abduction researcher with some controversial viewpoints, some of which I have strongly disagreed with. I have debated some of his ideas in print. Likewise, back in the 1980’s and 90’s I found much to disagree with Whitley Strieber and documented my observations in print, e.g. The International UFO Reporter.

Some time ago, my thoughts on former astronaut EdMitchell’s revelations about ETs, even made the pages of the Tehran, Iran daily newspaper!

I have outlined my views, in various places, on the inadequate research we have collectively undertaken on the UAP abduction phenomenon. Interestingly, some people in the US and UK have/are following up lines of research suggested, in part by me.

Long term blog readers, will also be aware that I proposed an alternate conventional hypothesis for the 6 April 1966 Westall, Victoria, Australia sighting. I pointed out that there is almost no hard data available. There is no analysis of reported ground traces. There is no evidence of radar detection of the object. There are no documents about the sighting to be found in any Australian government file. The witnesses' observations are not well documented from the era, e.g. there are no entries from a 1966 diary. Much of the shared information only came to light since around 2006. Researchers have failed to acknowledge that human memory is prone to errors. No government employees have come forward to say they were involved in a cover up of the incident. Even the legendary US researcher, James E McDonald, following a personal investigation of Westall, failed to promote it as an excellent example of UAP.

You cannot retain a long term interest in any topic, without thinking that the subject of your study has some merit.

I would however, make a couple of general observations:

In conclusion, after 50 years of research, I still believe that the phenomenon contains genuine mystery, worthy of continued scientific study.

As I practice what I preach, despite all the recent news re a formerly secret Pentagon study, I am taking an indefinite break from UFO research. I expect to return at some future date, refreshed and full of new ideas. Till then, bye.
By Keith Basterfield at September 29, 2017