24 June 2017, is the 70th anniversary of the birth of the modern UFO phenomenon; the Kenneth Arnold sighting of 24 June 1947. However, there were many sightings which occurred, and were published, prior to Arnold's observation. One such sighting occurred in  my home state of South Australia, and remains unexplained.


The Port Augusta and Lock sightings

Between 7 and 8 am on the morning of 5 February 1947, a Mr F W Flavel of the country town of Lock, South Australia, stated that he had observed something unusual. He said he saw five, strange objects traversing the sky. In shape, they were oblong, with narrow points. They seemed to be floating from north-west to south-east and cast a shadow. (Adelaide 'Advertiser' 17 February 1947, p.2.)

At about 9am that same morning, Mr Ron Ellis and two workmates were at work at the Commonwealth Railways workshop, in Port Augusta. Ellis reported seeing five, strange, egg shaped objects crossing the sky, from north to south. They cast shadows, and appeared to be quivering. They were lost to view within a few seconds. Their colour was said to have been white to light pink. (Adelaide 'Advertiser' 7 February 1947, p.1.) 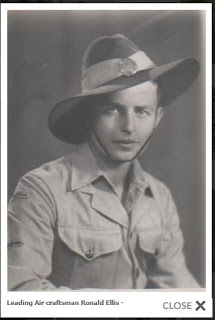 I wrote two blog posts about these two observations (click here and here.)

At the time, a  number of possible mundane explanations were put forward as to the nature of the strange objects. These were:

An amateur astronomer (Adelaide 'Advertiser' 25 February 1947, p.1) suggested that the objects were daytime meteors. However, the South Australian government astronomer, Mr G F Dodwell, was quoted (Adelaide 'Advertiser' 8 February 1947, front page) as saying '...that the phenomenon did not fit in with anything astronomical and was a complete mystery to him. Mr Dodwell discounted the probability of the objects being meteorites.'

J C Fowler (Adelaide 'Advertiser' 22 February 1947, p.2) suggested that the explanation was a mirage. The South Australian government astronomer, Mr G F Dodwell (same paper) discussed the hypothesis but concluded 'This seems to correspond with real objects and not with a mirage reflection.'

In a letter (Adelaide 'Advertiser' 1 March 1947) G L Forth wrote 'In all probability the strange objects in the sky at Port Augusta and Lock were flocks of galahs migrating from the arid districts in the far north.

It is not an uncommon sight to people living in the north. Galahs usually fly in packed formations and at a high altitude. They do not screech while travelling long distances. No doubt this would also account for the pink and grey colors mentioned by your correspondents.'

Ultimately though, Aubeck and Shough   concluded '...this is a striking case, and is certainly of great historical and cultural interest. Simply put, this is a modern UFO...' (p.350.)

Naturally, I welcome hearing from any blog readers who either, have additional material on these sightings, or can suggest an explanation.
By Keith Basterfield at June 23, 2017