Some interesting individuals come and go in the field of UAP research. One of these, is an American woman named Valerie Jean Ransone. She moved in high circles in the USA in the 1970's and 1980's, and was associated, among others, with US astronaut Gordon Cooper.

I first wrote about her in a post in 2011; after my former co-blogger, Pauline Wilson, mentioned Ransone's name in connection with Dr Christopher (Kit) Green. After finding additional information, I provided an update. Later, after locating Ransone in Hawaii; and several unsuccessful attempts to engage her in dialogue, I published a 'final post.'

Since Novermber 2012, as various individuals have read my posts about Ransone, I have been provided with additional snippets of information by some people; while others have merely been curious, as to whether or not, Ransone ever contacted me.

For such enquirers, I now provide a timeline of information, together with a source.


June 1976 - Ransone in Hong Kong. (http://www.jmdigitalscrapbook.com/HKTVTimes/HKTVTimes.shtml.) Viewed in 2011, but currently not available.


11 June 1978 - Ransone establishes a company 'to disseminate messages she believes to be of extraterrestrial origin.' Center for Advanced Technology - 'reportedly financed by Security Around the Globe, an industrial protection and private detective firm.' (Vallee, 2009, 11 June 1978.)

2011 - Ransone active on a forum dealing with the works of Nikola Tesla. ( http://www.teslaworks.net/resources.html ) Forum accessed 2011, but now longer on that site.

After writing the 2011 blog posts, I wondered if it was possible, to find out if Ransone was still alive, and if so, what she was currently doing? Via a combination of internet websites on genealogy; snippits on various Internet forums, and some 'out of the box thinking' on my behalf, I located Ransone still alive, and living in Hawaii.

1. A Facebook page in the name 'Lyra Ransone,' Ransone's full name being Valerie Jean Lyra Ransone. This Facebook page stated that this Ransone had studied at NorthWestern University and was from Kenilworth, Illinois, very close to Chicago in the USA. This information is consistent with that given by Vallee in 1978.)

In addition, the Facebook page at that stage, mentioned this Ransone was the President/Founder of the Mai Kalani Foundation, founded in 1982. A search for information on the Foundation revealed that its 'Mission Statement,' 'Is to contribute to world understanding through Transformational initiatives that enhance self-discovery, encourage open and direct contact with Universal Intelligence, and to develop and distribute well-researched educational materials that encourage life-long learning and reinforce a positive World view full of possibilities and promise.'

2. I found that a 'Lyra Ransone' had contributed to an American website forum, discussing the work of Nikola Tesla.

I was already aware, that in the 1970's, Gordon Cooper had looked into starting up a company using some of Tesla's ideas, according to Bruce Henderson, co-author of Cooper's book 'Leap of Faith.' Valerie was cited as Cooper's business partner in this venture.


I was therefore fairly certain that the 1970's and 1980's Valerie Ransone, was the same person as the 2010's Lyra Ransone. I therefore attempted to contact Lyra Ransone via snailmail; email; Facebook and the Tesla forum. I advised her that, I simply wanted to find out what she had been doing since the 1980's. I never received any response to any of my communications.

I had not intended to write anything further about Ransone. However, just recently I received and read, a copy of Jacque Vallee's new book 'Forbidden Science Volume Three.' This book covers the time period 1980-1989, and fills in more gaps of our knowledge of Ransone. 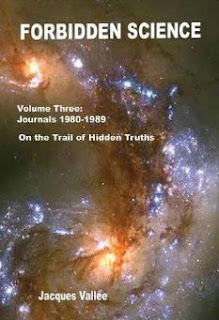 'On my way through D.C. I spoke to Kit at length at the Marriott in Dulles. He told me that UFO contactee Valerie Ransone was in La Jolla after some sort of crisis.'

Dr Richard Niemtzow. '...Richard went on to tell me about his activities with John Schuessler in Houston in the days when Valerie Ransone was stirring up ufology. "When we entered the offices of the organisation where she worked all phone conversations stopped; no documents were visible on the desks. We were asked about our research, and left with no new information, convinced the group worked for a clandestine outfit."'

Richard Niemtzow. 'This lead us to a wide ranging discussion of the role of various agencies in the UFO business and we came to talk about Kit. Richard reminisced about the time when he and John Schuessler were almost 'recruited' by a woman who claimed to be working for a private investigation service in Houston. When they came to her office for a meeting about UFOs they found a dozen people working behind desks which were so neat and devoid of paperwork as if to seem unnatural, and they quickly came to a conclusion the whole thing was a setup.

"Was the woman named Valerie Ransone?" I asked Richard.

He seemed puzzled to find that I knew her and her operations.

"Did you ever find out who she was working for? he asked. I confessed that I did not.

"Schuessler tracked her down through his channels at McDonnell-Douglas. It turned out she was an agent for NRO, working with the Navy. Kit, who took care of her medically, once told me that she was amazing; she knew four times as many people as the both of us did."

I laughed at that" "She also looks a lot better than both of you guys." I pointed out. "A woman as beautiful and articulate as she was would have no difficulty being invited to lunch by any company president. That didn't necessarily mean she had access."

"There's something else Jacques. When I revealed to Kit, over lunch, that I knew her affiliations, he practically chocked on his food. He told me not to mention her again at the restaurant. I've only had that reaction from him twice in all the time I've known him."

'Kit's involvement also appears in connection with Valerie Ransone. According to Niemtzow he was her medical handler. It is through her that Niemtzow met Kit; she put them in touch with each other...Then following the famous episode in which Schuessler and Niemtzow found themselves being recruited by Valerie's outfit in Houston.'

'Speaking of trying to locate evidence of an active 'Black project." What about Valerie Ransone?'

Speaking of Kit. 'There are several burning questions I would like to put to Kit: Who was Valerie really working for?'

1. Presumably the NRO referred to in Vallee's diary entry dated 30 July 1989, is the National Reconnaisance Office. Its current website states that 'The NRO is the US government agency in charge of designing, building, launching and maintaining America's intelligence satellites.'

2. I have not been able to find out anything about the private investigation firm, Security Around the Globe.

3. I am aware of several researchers who have, in recent times, tried to communicate with Ransone. I have not heard of anyone who has been successful.

5. A check of the internet using various key words located only one piece of information which I had not found previously. Amazon books website revealed that they listed a work titled 'The Universal Intelligence Consortium: Conversations with an Interdimensional correspondent on the coming earth changes' authored by Valerie Jean Ransone, with a publication date of 1996. 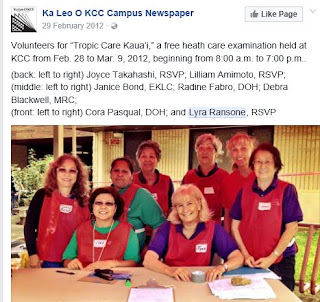