Thanks to the combined efforts of the Swedish Archives for the Unexplained (AFU); UK researcher Isaac Koi; Boston based researcher Barry Greenwood; and myself, a large collection of Australian UAP periodicals has now been digitised and is available for you to read online. 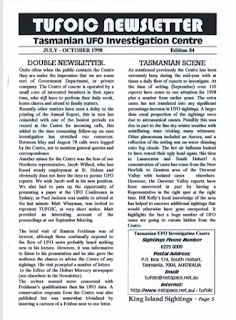 Why bother with old magazines?

I can think of a number of reasons:

1. If you are looking for accounts of older Australian sightings, you could go to the Internet. However, I find many Internet sources lacking in detail. By going to a periodical, you can often find the original researched report on a sighting. Many of these old magazines carry a far more detailed account of a sighting than you will ever find on a website. In days gone by, Australian UAP groups actually investigated, analysed and reported on sightings, unlike today's Australian groups who post without carrying out an investigation, or publishing a detailed account.  Personally, when I am checking on an older sighting, the first thing I do is to look out for a digitised periodical. 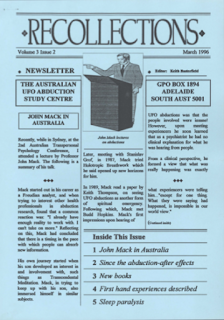 2. Several hundred individuals within Australia have had an interest in the topic of UAP over the years, since the early 1950s's. Many of these have contributed, either in a small way, or to a larger extent, to our collective research knowledge. However, due to the passage of time, many of the original Australian researchers are no longer with us.

One way to acknowledge their contribution, is to browse through various issues of periodicals, and take note of when they were involved, and what they wrote about. In these older periodicals, you will find stimulating discussions, debates, and speculation about the phenomenon. Don't reinvent the wheel when you can read some one's discussion from the 1950's.

3. Another thing which is evident by spending time browsing through these old pieces of history, is the cyclic nature of the phenomenon, e.g. you can read about the 1974 wave of sightings in North eastern Tasmania in TUFOIC's 1974 Newsletters.

The 1950's and 1960's were full of close encounters, landings and physical trace cases. Objects were chasing cars in almost every state in the 1970's. Contrast this today with the almost lack of such reported encounters. What does this tell us about the nature of the phenomenon?

Bulletin of the Australian Co-Ordination Section for the Center for UFO Studies. 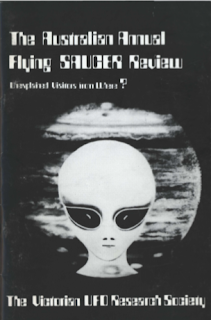 The Journal of the Australian Centre for UFO Studies. 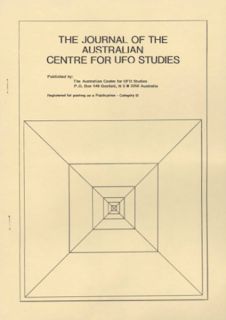 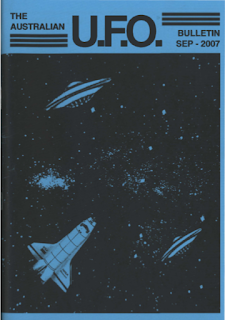 The Newsletter of the Australian UFO Abduction Study Centre. 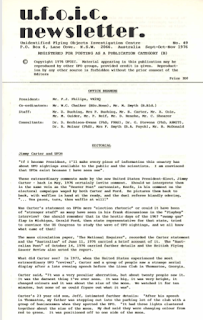 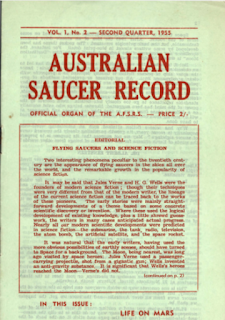 Where do you find the downloads?