US Navy emails re UFOs and unidentified aircraft

On 23 April 2019, Politico magazine journalist Bryan Bender, broke a story that the US Navy was drafting new guidelines for reporting Unidentified Flying Objects. Bender also related that Congressional members and staffers, had received briefings from senior US Navy intelligence officials. I reported on this information  in a blog post dated 24 April 2019.

When Luis Elizondo, in Episode six of the "Unidentified" TV series, formerly AATIP program manager, mentioned that the "AATIP is no longer run by a single office. There's several offices that are engaged in this effort..." I then suggested, in a blog post dated 9 July 2019, that the US Office of  Naval Intelligence was now involved.

Recently, US researcher John Greenewald, revealed the results of a number of FOIA requests, which he had submitted to the US Navy.

In FOIA request DON-NAVY-2019-006272, Greenewald asked for "ALL emails sent TO/FROM (or cc'd or bcc'd) Joseph Gradisher, spokesperson for Deputy Chief of Naval Operations for Information Warfare, which include the following keyword: "UFO" or "unidentified aircraft."

On his website, Greenewald hosts two resultant PDF's totalling 63 pages of official emails. One set for the "UFO" response, and another set for "unidentified aircraft."

Many of the emails deal with requests from a variety of media outlets including The Washington Post, CBS This Morning, The Hill, CNN, Politico, Honolulu Star-Advertiser, and CTV news Canada. We have all read the media accounts which resulted from these inquiries.


Who is mentioned in the emails?

I was particularly interested to see who was named in the series of emails. There are some names which have been redacted, but the following are present:

Gradisher is a Captain (USN retired) N2N6, Strategic Engagements, and is a spokesperson for the Deputy Chief of Operations for Information Warfare. He is the individual mentioned in most media stories. 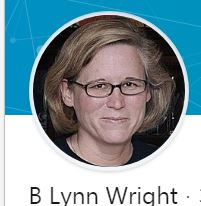 
Kohler is a Vice Admiral, Deputy Chief of Naval Operations for Information Warfare.


Richardson is currently the director of the Naval Nuclear Propulsion program.


DeWolfe was given a "heads up" on the flow of information. He became USN aviation's "air boss"in 2018.

Appears to be DeWofe's Aide.

As you would expect, there are individuals who work in the information field; an ONI analyst; and senior members of the USN who needed to be briefed on the topic.

The key person here, I suspect, and the one I would love to talk to, is the ONI NIMITZ center analyst, John F Stratton. Out of all the people involved here, as the person who was going in to brief Congressional members and staffers, I would expect Stratton to have gathered the most background information on all of this. Senior staff do not need to be briefed on all the fine details, and the information people only need to be told what can be released. However, an analyst has to know all the fine details.

His official Navy biography states that he has 29 years of experience with the US Army; USAF Reserve and US Federal Civil Service.

"As the center's senior analyst he is responsible for delivering comprehensive intelligence to navy leadership and representing the Navy as a senior member of the Intelligence Community."

In short, an ideal individual for the job.

In this series of emails,  I noted the following information which was new to me:

1. As I suspected, it was the US Navy Office of Legislative Affairs (OLA) which organised the Congressional briefings by Naval intelligence officials.

"OLA is responding to interest from staff members of both chambers of Congress, lead by the national security advisers to Senators McConnell (majority leader) and Schumer (minority leader) and will also most likely include House staff, as well as staffers from the Armed Services Committee. With N2N6 concurrence, Mr Jay Stratton (DISL, ONI, NIMITZ will brief Congressional staff in a classified session on Tuesday 7 May on the Navy's efforts in this area. [24 April 2019 4pm, p25/41 UFO PDF.]

I found that the Senate Armed Services Committee Seapower subcommittee then consisted of 11 Senators. In note that one of these was Senator Jeanne Shaheen. On 2 July 2019, in an article in "The Conway Daily Sun" Senator Shaheen confirmed she had now been briefed on the Navy and UFOs. "We have been briefed.It was a classified briefing so I am not allowed to talk about it."

I had not heard of this particular briefing before reading the emails.

3. In an email from Wright to Miller [24 April 2019 3:34pm p24 unidentified aircraft PDF] Wright says "We will send to Jason on JWICS the background paper for your information."

"The US Navy is at the forefront of this effort but works across the Department of Defense to ensure other service partners maintain awareness for the safety of their aviators. The US Navy is not working with any entities outside of the US government."

This may explain why the USAF has been quiet on whether or not, it is issuing any UFO reporting guidelines of its own.

The statement that "The US Navy is not working with any entities outside of the US government" is intriguing. Could this be a reference to the To The Stars Academy? There is no way to know.

5. In a separate FOIA request [DON-NAVY-2019-008878] Greenewald sought emails between Gradisher and Bryan Bender of Politico magazine. He received two pages. These emails confirm that Navy officials met with Congressional members to brief them on 19 June 2019 and 20 June 2019.

In yet another FOIA request [DON-NAVY-2019-008862] Greenewald sought emails between Hicks and Bender. He received 15 pages. Of note is the following [19 February 2019 3:03pm p8/18 008862 PDF] Bender to Hicks " What I am trying to chase down now are details regarding what I was told was a recent briefing by a two star admiral to nine senators - some members of the Armed Services Committee and some from Intelligence - on these unexplained sightings by military pilots."

6. There were at least four briefings:

Thanks go to John Greenewald for his excellent FOIA work in the above area.
By Keith Basterfield at August 27, 2019