As I have mentioned before on this blog, I read a large range of books. At the moment, I am reading a book titled "The Petrov Story" by Michael Bialoguski. 1989. Mandarin Australia. Melbourne. First published in 1955. (For more on Bialoguski click here.)

Most Australians will have heard of the defection of Soviet diplomat and secret agent, Vladimir Petrov in 1954. The year 1954, here in Australia, as with many European countries, saw large numbers of reports of "flying saucers." There are numerous newspaper accounts available in the TROVE digitised newspaper collection in the National Library of Australia. 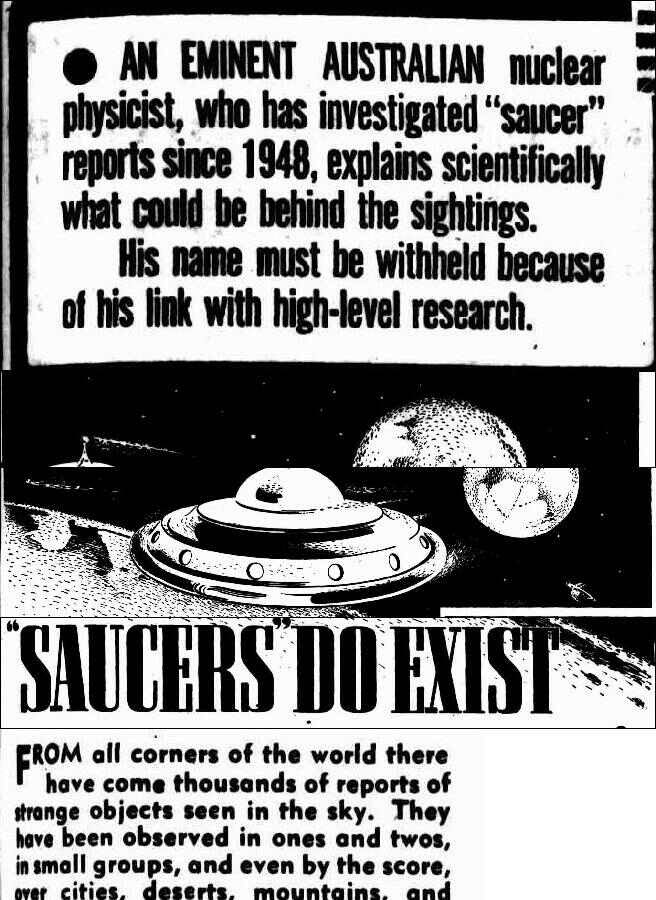 You wouldn't expect to find a mention of our topic of interest in such a serious tome as this book. However, on page 147, in a section concerning an individual named Platkais, described as a member of the Soviet embassy in Australia, author Bialoguski writes:

"From this story Platkais moved on to flying saucers; there was no doubt, he inferred, that flying saucers existed, and that many of those that had been reported were, of Russian origin.

I might not have taken this seriously, but for the fact that, as he was about to elaborate, Petrov gave him a disapproving stare. Much to my disappointment Platkais stopped and changed the subject."
By Keith Basterfield at May 19, 2014