Another anomaly with the North West Cape incident

Melbourne researcher Paul Dean and I are continuing our examination of the 25 October 1973 incident, reported to have happened at the US Base at North West Cape, Western Australia. The details we have on the incident are recorded both in the form of written statements by both US Navy personnel observers, and on standard RAAF UFO report forms.

As the North West Cape incident occurred in Western Australia, then it would be logical that it was reported through the RAAF Base Pearce, in Perth, Western Australia. I would therefore expect that the format of the NW Cape report form would be identical to those used by RAAF Base Pearce in October 1973. Have we any examples of the report form used by Pearce in October 1973? It turns out we do.

I went to the National Archives of Australia website and on file 580/1/1 part 33, the RAAF's central files on UFO sightings, I found two reports which were processed through Pearce in October 1973.

Mr C Lacey reported a 3-4 second observation of an object which came from the north-west, travelling rapidly to the south-east. It was a reddish colour, and there was no sound. The RAAF Unit Evaluation section of the report form states that the cause of the sighting was "A re-entering vehicle of some kind." The official Head Quarters explanation was "space debris."

Mrs M King, sighted in clear sky to the west, at 45 deg elevation, a white object, the angular size of the moon. At its closest approach it was at 45 deg elevation, to the south. There was no sound. It was last seen at 45 deg elevation in the south-east. Lost behind trees. The report form was completed by the RAAF Pearce base UFO officer over the phone. The RAAF Unit Evaluation stated that there were no civilian or military aircraft in the vicinity. A meteorological balloon had been launched from Geraldton at 1900hrs.The RAAF Pearce investigating officer wrote on the form, the object may have been "An aircraft, although none were under the control of Geraldton FS at that time. Mrs king was interviewed over the phone and appeared quite sensible." The investigating officer was R R J Pyers, flight officer, HQ Pearce. On 10 December 1973, C J Odgers, Director of Public Relations wrote to Mrs King "...it has been determined that the most probable cause was space debris re-entering the Earth's atmosphere."

I looked at the report forms used by RAAF Pearce for Mr Lacey and Mrs King to see if they were identical to those used for the North West Cape incident. They were not. The difference lay in the number of questions on the first three pages. 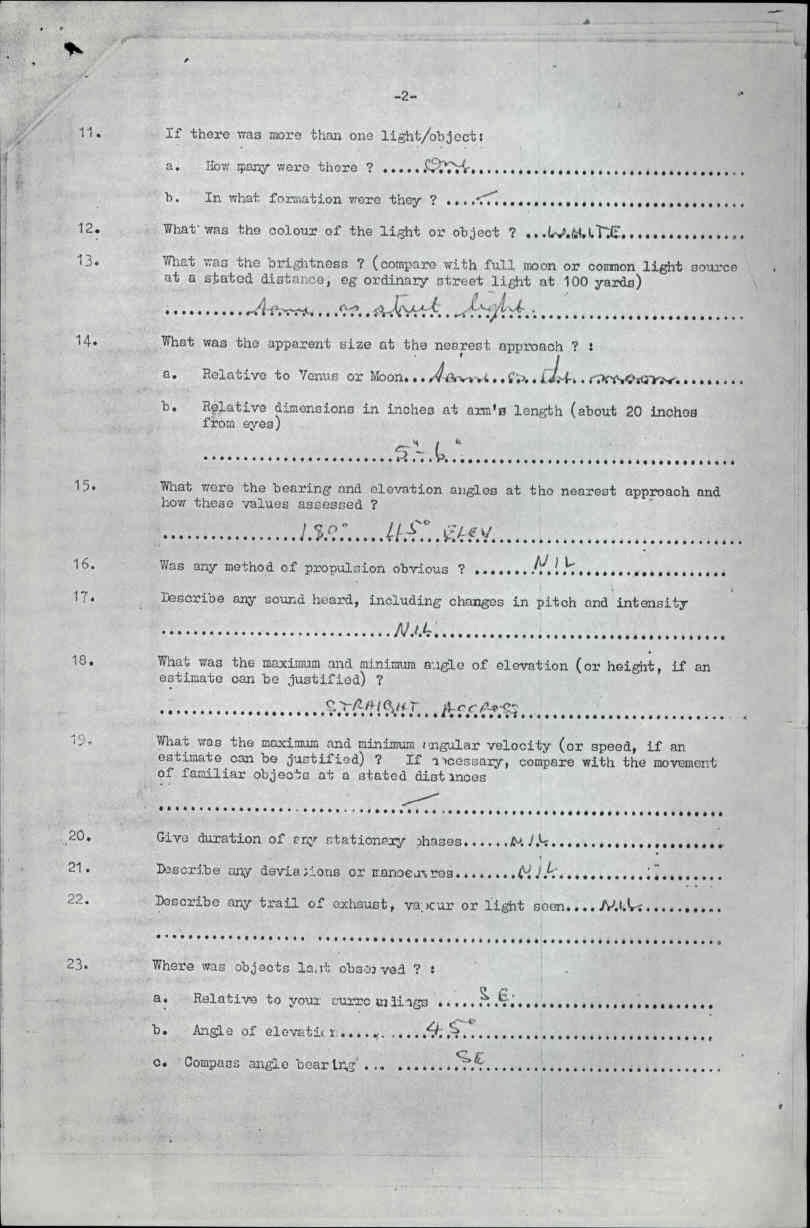 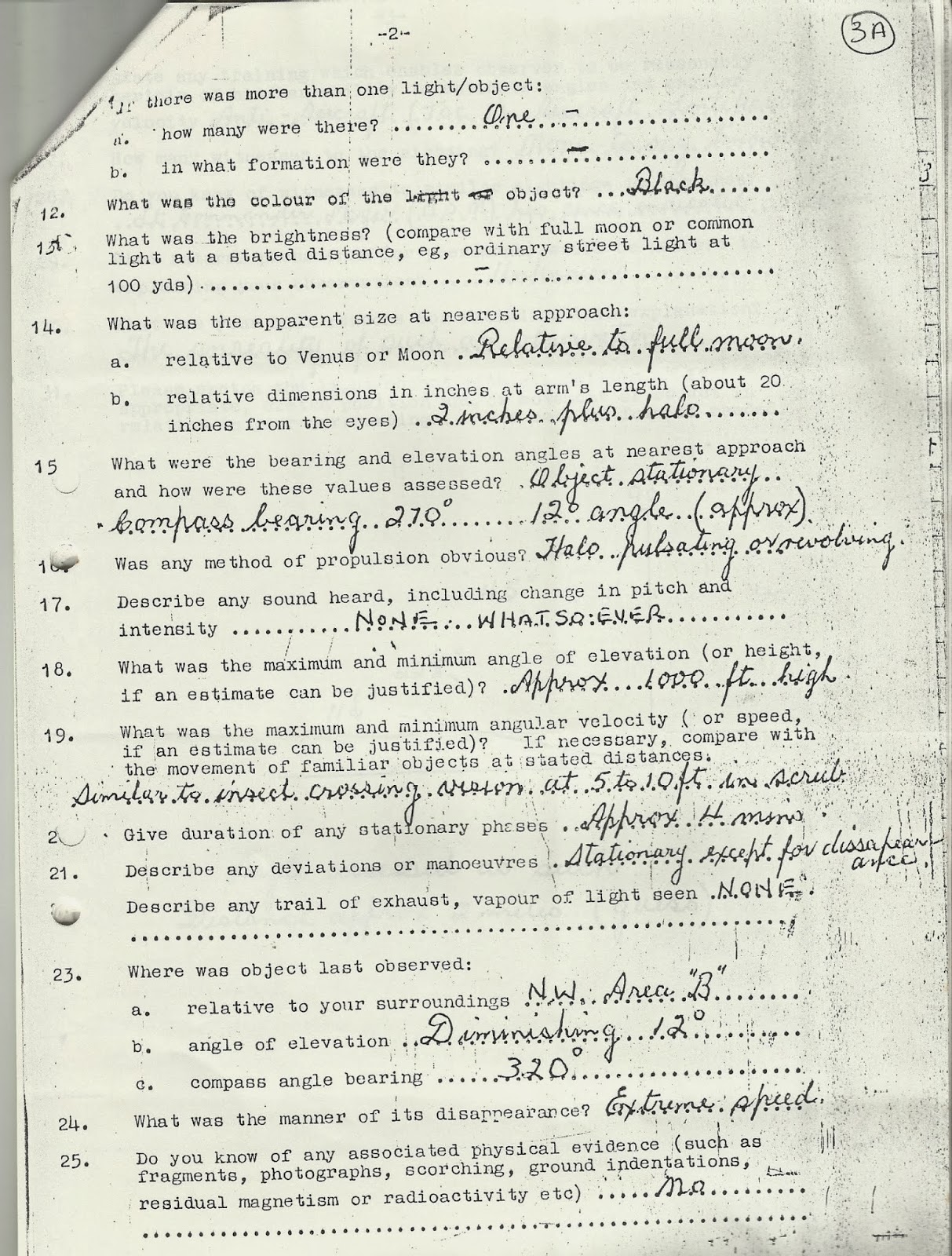 It appears to me, that the form which was used to record the North West Cape incident details, did not come from RAAF Base Pearce.

The question in my mind, is why the form used for the North West Cape incident did not come from RAAF Pearce? I welcome your thoughts on this matter.
By Keith Basterfield at January 28, 2014