Some individuals such as Peter Norris; Paul Norman and Judith Magee, played a major role in the development of the society during these years. Others came and went. Sadly, I am aware of a number of such people as Judith Magee, William (Bill) Stapleton, and Paul Norman who are deceased. 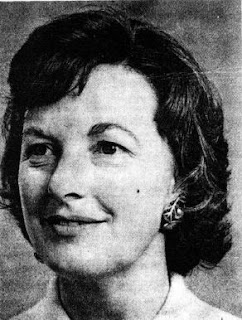 ‘Vice President: Mrs Judith Magee has been a member of the V.F.S.R.S. since 1958 and a committee member since 1959. She completed a secretarial course at Brighton Technical School and worked in a Melbourne radio station and bank prior to joining the Women’s Royal Australian Naval Service in March 1944. After demobilisation in 1946 she joined Australian National Airways as an air hostess and in 1947 became the only woman finalist in the Sun flying scholarship. Since her marriage in 1948 she has worked as a diathermy operator, mannequin and saleswoman.

Mrs Magee believes that flying saucer research should take a ‘middle-of-the-road’ attitude and be accurately presented to the public in a factual manner.’

Magee wrote a number of articles for magazines, including:

‘Public Relations Officer, Mr Paul Norman was born and educated in the United States. With the exception of six years in the U.S. Navy and a short period as a Publisher’s Representative, he served in various positions up to Hydro-Electric Power Project Superintendent with the U.S. Corps of Engineers and is Charge Engineer in Thermal-Electric Stations.

He has been interested in the U.F.O. phenomenon since 1953, after observing one of the mystery objects hover over a power station in Middle Tennessee. His interest was intensified when Major Keyhoe was cut off the C.B.S. Coast to Coast Television network, while trying to tell American people about U.F.O. investigations and a few moments later an Air Force spokesman stood before millions of TV viewers and said “You Air Force would not withhold the facts.” At that time, Mr Norman joined the fight to end the policy of public deception.’ 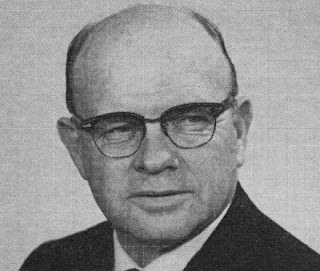 Paul Norman had interactions in the USA. According to Ann Druffel's book 'Firestorm' (2002) about the late professor James E McDonald, ‘Paul Norman corresponded with McDonald shortly after McDonald's public entry into the field, and the two exchanged UFO reports and other material. In early May 1967 Paul Norman came to the states to visit relatives and made arrangements to visit McDonald in Tucson. Norman first visited Allen Hynek and Vallee in Chicago, principally to discuss a couple of UFOs which had been taken by reliable witnesses in Australia, then went on to Boulder, Colorado where he met with some of the staff of the Condon committee…for Condon’s staff had staff also had interest in cases worldwide.

Norman brought key Australian cases with him, discussed them in an eight hour meeting, and let the staff photocopy them. The next day, a Saturday, he discussed the cases for another ten hours with Dr David Saunders, a psychologist on Condon’s staff, then he went on to Tucson.’

Norman instigated the visit to Australia, in 1967, of Professor James E McDonald. Norman and other VFSRS committee members arranged for McDonald to interview a number of witnesses to Australian sightings. For summaries of these Australian McDonald interviews, click here.

Norman wrote a number of magazine articles during the period 1959-1972. Included amongst these were the following:

Norman investigated a number of Australian cases, including: Burkes Flat (1966); Frankston (1972); Eaton Ridge (1965); Zanthus (1968,) including numerous Victorian sightings. He forwarded Australian sightings onto NICAP in the USA, some of which appeared in the NICAP ‘UFO Investigator.’

'Mr Peter E Norris, LL.B has headed this society since its foundation in 1957. He was born in 1932, educated at Wesley College and graduated Bachelor of Law from Melbourne University in 1958.

He is an elected councillor of the City of Chelsea and a member of at least six other civic bodies in that City.

The V.F.S.R.S. has much for which to thank Mr Norris whose skills in manoeuvring the society through the difficulties inherent in such groups has shown intelligent leadership which has done much to gain the respect of the people and made the subject of Flying Saucers respectable.’

Norris was an APRO representative, and numerous articles appeared in the APRO Bulletin, which were based on material submitted by Norris. 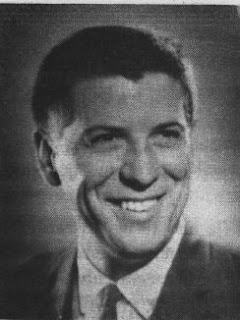 ‘Vice president and Sightings Investigations Mr Rumpf has been a member of V.F.S.R.S. since the inaugural meeting in February 1957. He was the society’s first librarian and is the society’s first sightings investigations officer. He was educated at Scotch College, Melbourne and has worked at the University of Melbourne as a research assistant and has been employed in many fields of selling.
He is currently employed as a Publisher’s Representative. During the last six years he has travelled extensively overseas. Mr Rumpf is active in the sport of pistol shooting and is president of the Mountain District Pistol Club.’

Rumpf investigated a number of Victorian sightings including Hallam (1967.) 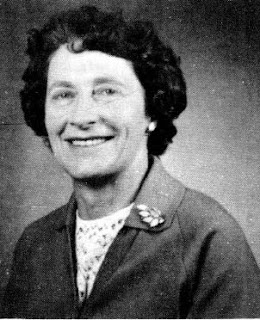 ‘Secretary: Mrs Sylvia Sutton joined the V.F.S.R.S. in 1959 and became secretary in 1961. In 1965 she was appointed secretary of the federation Commonwealth Aerial Phenomena Investigation Organisation (C.A.P.I.O.)

Mrs Sutton was educated at University High School and a city business college. Later, she worked in a city insurance company, on ledgers, statistical records and dissection of same, until her marriage in 1941. She is the wife of a bank manager and has a son and a daughter. Other interests have been musical studies and a short course in free-lance journalism.’ 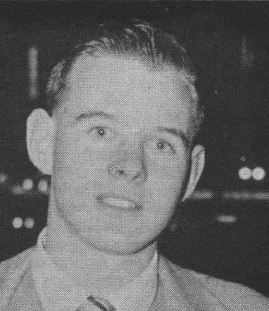 ‘Sightings Investigations Officer: Mr Neville Thornhill was born in South Africa and migrated to Australia at the age of fourteen where he continued his education at Brighton Grammar School. He later studied engineering at the Royal Melbourne Institute of Technology and Swinburne Technical College.

His sporting activities have been many and varied and he is currently an active member of the Mountain District Pistol Club. He is married and has two small children.

His interest in U.F.O’s was aroused by his engineering mind and an earnest desire to assist in solving the problem.

Stapleton wrote at least one piece: ‘The Dartmoor Phenomenon.’ AFSRS No 2, Jul 1970, pp 17-18, and was involved in an extensive investigation into the 1972 Maureen Puddy, Frankston CE3, and possible abduction.